You are all invited to the Holiday Open House at the Ancient Church reading room on Dec. 7th from 10am to 3pm. Our little ministry here will be participating in Forest Grove’s Holiday in the Grove that day and we will have St. Nicholas handing out treats, a priest to discuss Orthodoxy, Christmas cards, crafts, and hot tea and treats. All ages are welcome and there will be many other Holiday events taking place in the Grove, so please feel free to come down anytime! 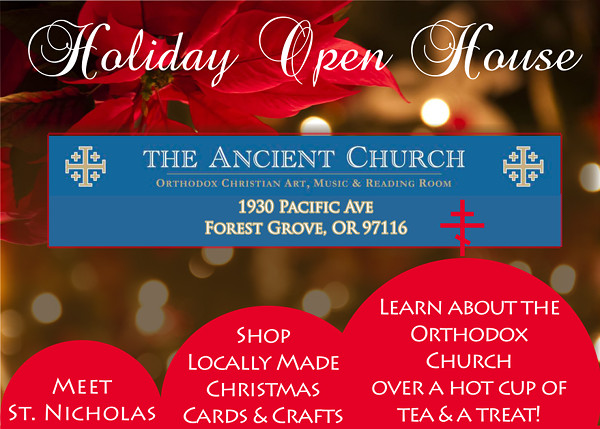 Logos Bookstore at St. John the Baptist Orthodox Church in Beaverton offers 20% off everything in stock – once a year sale! 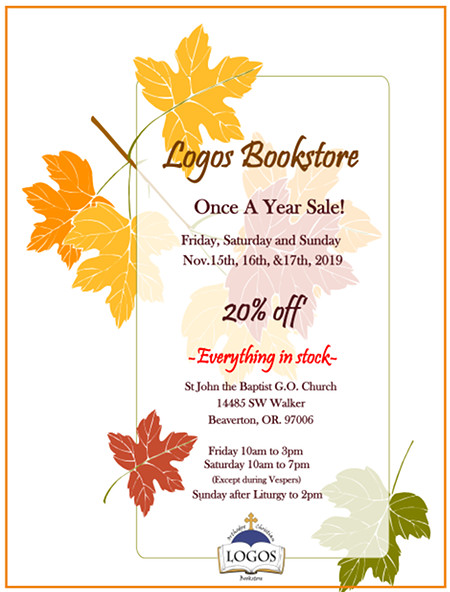 The Men’s Ministry of Holy Trinity invites men of all ages to its annual retreat, led by Fr. Deacon Dr. Euthym Kontaxis. The topic this year is:

To sign-up for the retreat, send an e-mail to: Nicholas.D.Triantafillou@Outlook.com and/or Sphout@Comcast.net

See the attached flyer for the detailed schedule and more information

Please join us for the 13th Annual Serbian Festival on September 14th & 14th. This is a celebration of food, wine, dance and culture of the Serbian Orthodox people. We have the rare opportunity to attend the local premiere of The Covellite International Film Festival winning documentary, Parallel Love: The Story of a Band Called Luxury, about the Indie-Christian-Punk band, Luxury, and three of it’s members who became Orthodox Christian Priests. The film director, Matt Hinton, will be at the premiere and available for Q&A.

Tickets are available from the Hollywood Theater Website and you can also view the trailer.

You can listen to the recent NPR interview on the film here where you can also sample songs from the band’s latest album.

This premiere presents a unique and fun opportunity for the local Orthodox Christian community to turn out for an “extracurricular” activity.

Parallel Love asks a question you don’t hear very often: What happens to a rock-and-roll band when three-fifths of its members become Eastern Orthodox priests? That’s what Luxury, a band from Athens, Georgia, had to deal with after a devastating auto wreck they suffered on tour in 1995 while just on the cusp of success. Best described as The Smiths-meet-Fugazi, Luxury’s hyper-articulate musicians tell their poignant story—and play their soaring melodies on top of wild post-punk instrumentation—in this vibrant, gripping film. “I couldn’t take my eyes off it,” says Paste Magazine. When: Monday, September 16 th
Where: at Langdon Farms Golf Club
Cost: $125 Golfer Registration or dinner only @ $50 each

Own a business? Become a sponsor and promote your company at our event! Contact Christina (Bournelis) Blankenstein to learn more. 503-641-4600 With the blessing of His Eminence Metropolitan Gerasimos, and spiritual Father of the Holy Monastery Geronda Ephraim, you are cordially invited to celebrate with us the Feast of Cost: $20 per child; $15 for each additional child per family

This year Vacation Church School explores the four Great Feasts of the Church dedicated to the Theotokos, focusing on the theme of “Traveling on the Ark of Salvation.” This robust program published by the GOA keeps children moving and engaged!